Inspiring Everyday: Looking for opportunities gets faster results to our customers 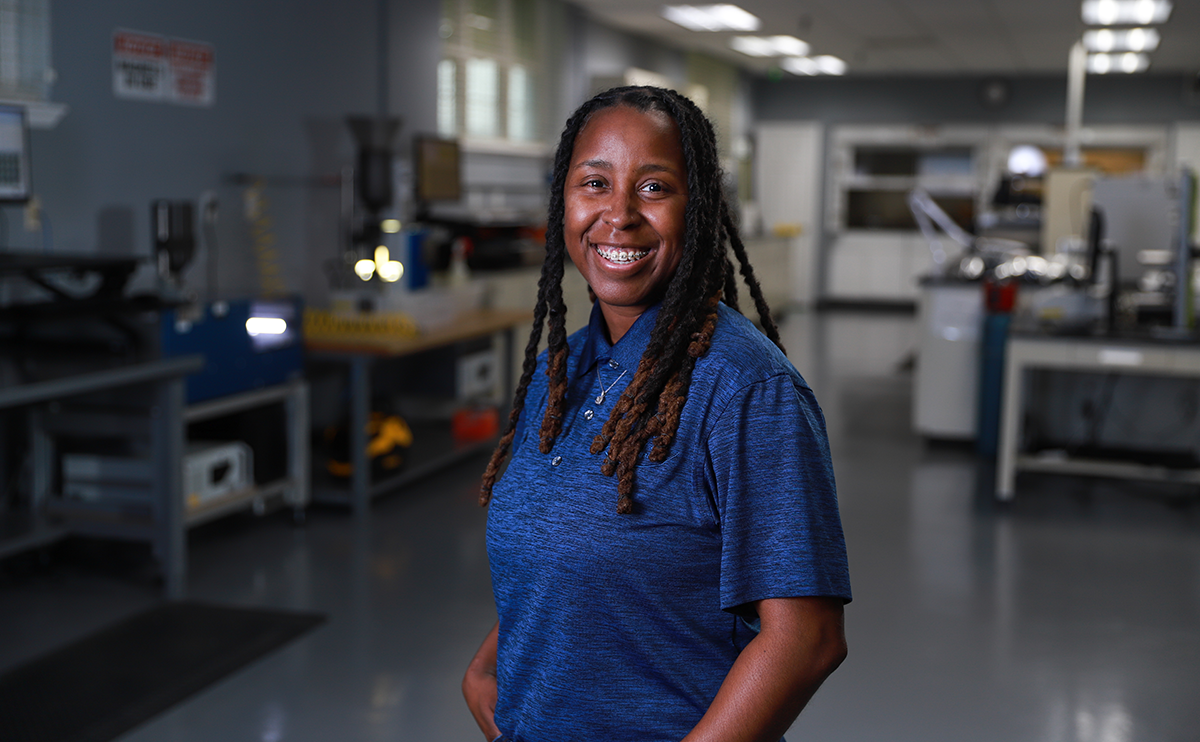 You could say Ascend has always been a part of Alvedia Reed’s life. When growing up, Alvedia lived five minutes from the compounding facility in Foley, Alabama. In a nearby neighborhood, Alvedia watched from the outside as the site grew. Today, as lead quality technician, Alvedia is playing a role in that growth by transforming the site’s quality lab.

The Foley site produces nylon compounds, but historically has not been able test its samples. The site had to instead send samples to Pensacola to undergo chemical, physical and quality testing.

“Seven days were built in our overall quality process to send samples to Pensacola,” says Alvedia. “To enable us to be more agile and respond faster to our customers’ needs, we decided to expand Foley’s quality lab.”

“When I arrived at Ascend, I had a clear vision for the lab and the site,” says Scott Stokes, quality manager at Foley. “I shared my plan with Alvedia, and she was on board 100%. She took the vision I had and made it her own.”

A timeline was created to expand the lab. “Within six months, the lab had new equipment with more being delivered,” says Alvedia. “Three times a week I go to Pensacola to learn on their equipment and bring that information back to Foley.”

Alvedia not only learns the equipment, but also writes procedures and buys supplies for the lab. As the lab expanded, she helped with training new lab technicians and working with customers to meet their standards. “The ultimate goal is for our Foley lab to be self-sufficient,” says Alvedia. “I create detailed procedures, so everyone has the information they need to run the appropriate tests.”

“Alvedia has been truly instrumental in bringing additional testing capabilities and skills to the quality lab and the site,” says Lauren De La Rosa, site director for Foley. “She is always customer-focused and constantly looks for opportunities to improve our overall site performance.”

Alvedia didn’t always work in the quality lab. She began her Ascend career working on the production floor. “I love a good challenge and problem solving,” says Alvedia.

Problem solving came at an early age for Alvedia. “I was one of those kids who took apart toys,” says Alvedia. “The toy was fun, but I wanted to understand how it worked. Being raised by a single parent, my mom would get mad after spending money on a toy only for me to take it apart. One day she told me, ‘I’m not buying you anymore toys.’”

Alvedia approaches her work in the same way. “I’ll walk out on the production floor and if there is new equipment, I want someone to show me how it works,” says Alvedia. “This is what I love about Ascend and being in the quality department. Every day you learn something new. Every day is different.”

Alvedia has been with the company for 10 years and has made many improvements and accomplishments. She continues to have passion and excitement about her career at Ascend. “I can’t believe I work at Ascend, a place I saw almost every day growing up,” says Alvedia. “Over the years, I’ve watched the site grow into what it is today. I’m proud to be a part of that growth.”