Inspiring Everyday: I do what’s best for the company 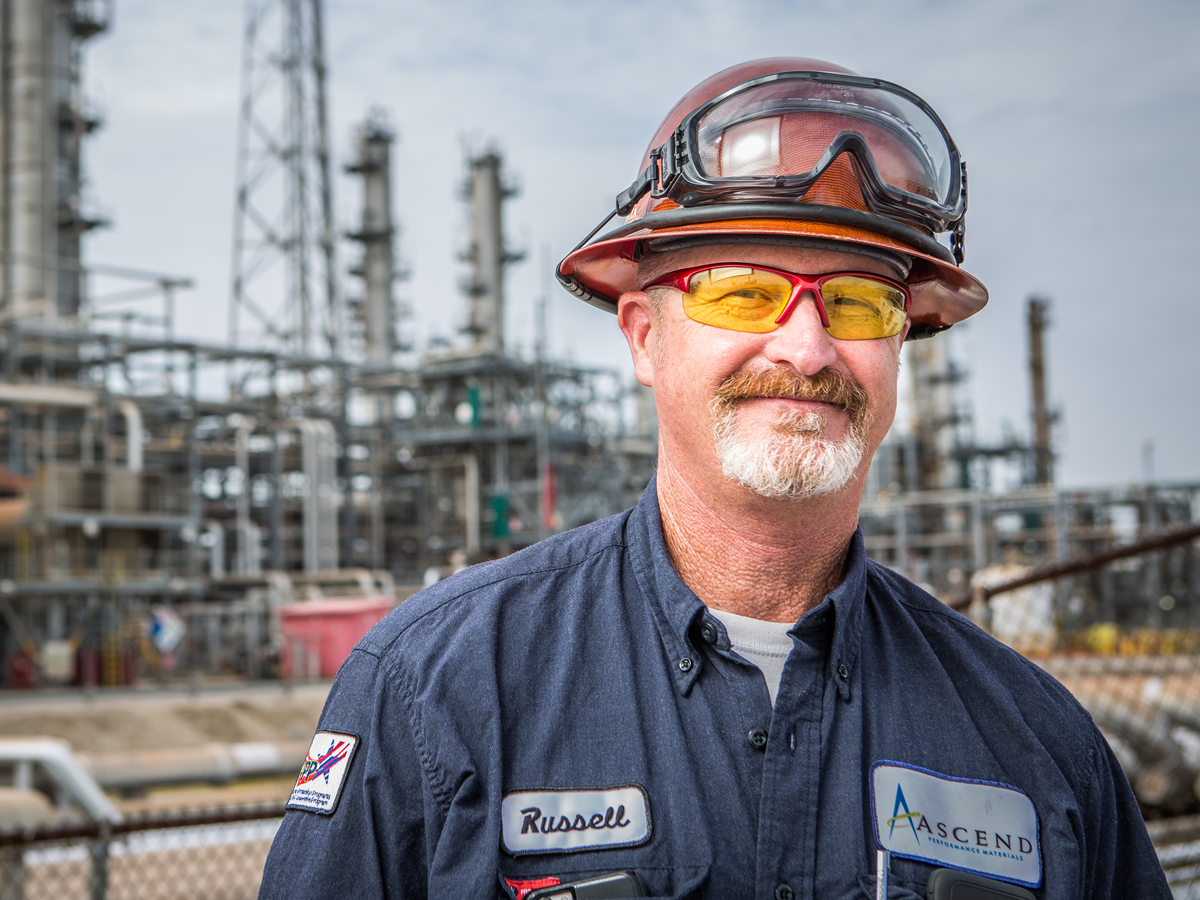 When you’re the “no” guy, you’re not always the most popular person at work. That doesn’t bother Russell Means, site operation gatekeeper at Chocolate Bayou. Russell’s focus isn’t on winning a popularity contest – it’s on doing what’s best for the site and the company.

“No” is a word Russell uses often. The site has been going through a transformation in maintenance, and as a part of a new process Russell monitors all of Chocolate Bayou’s maintenance and operations to help ensure repairs are made efficiently and cost-effectively. As Russell enforces the new process, people may not always like his answer.

“In my position, you’re not going to make everyone happy,” said Russell. “At the end of the day, business is business. We're here to make pounds. Not everybody agrees with my decisions, but we all come to an agreement.”

In the past, the maintenance group was responsible for prioritizing repairs. They would decide when and how the work would be completed, sometimes with minimum input from operations. This caused a disconnect between maintenance and operations at Chocolate Bayou.

As the point person between maintenance and operations, Russell helps bridge the gap between the two departments. Russell follows the new process and strategically schedules maintenance based on the priority level of the job as opposed to working on a reactive level. “If the job is a high priority, they have to go through me,” said Russell. “Then, I’ll determine whether or not I’m going to break my schedule to do that work.”

Every day Russell evaluates the maintenance schedule according to how it will impact the site and the company. A regular day for Russell might include 100 to 150 jobs that need to be completed before the end of the day.

With 34 years of maintenance and operations experience, including 25 years at Ascend, Russell knows the difference between a high and a low priority. “At times, I have to tell operations that certain jobs aren’t a priority,” said Russell. “We have to properly schedule and plan the job. If I drop everything to complete a job that is a low priority, this would be unproductive and disrupt other jobs for the day.”

As for Russell’s priorities, they are straightforward. “We have to get raw materials in and finished products out safely; everything else is irrelevant if we can't get that done,” said Russell.

Although Russell sometimes has to deliver unwelcome news, he is well-respected. When his promotion was announced at the front line lead off-site meeting last November, site director Brian Connelly went through the new work processes and described the role of site operation gatekeeper. “I was listing the characteristics such as fair, balanced, good communicator, high ethics, et cetera,” said Brian. “When I announced that Russell would be taking the position, everyone in the room applauded. At that moment, I knew we selected the right person.”

The process has proved effective. The site’s completed jobs increased from 1,100 to 1,800 work orders a month, and the number of emergency jobs has reduced from 80 to 10 percent. “Right now, my average on reactive jobs is 13.5 percent,” said Russell. “My goal was 20 percent, so I have already revised it down to 10 percent. I couldn’t have achieved any of this without the support of my coworkers.”

“Russell is one of the key leaders making this work process happen,” said Brian. “He possesses such humility and a sense of dedication to the site employees and Ascend. It’s an honor to be around Russell because he's a role model in all those type of attributes. Russell will always do what is right for the company, the people at Chocolate Bayou and the community.”