Inspiring Everyday: Continuous improvement is an action at work and within yourself 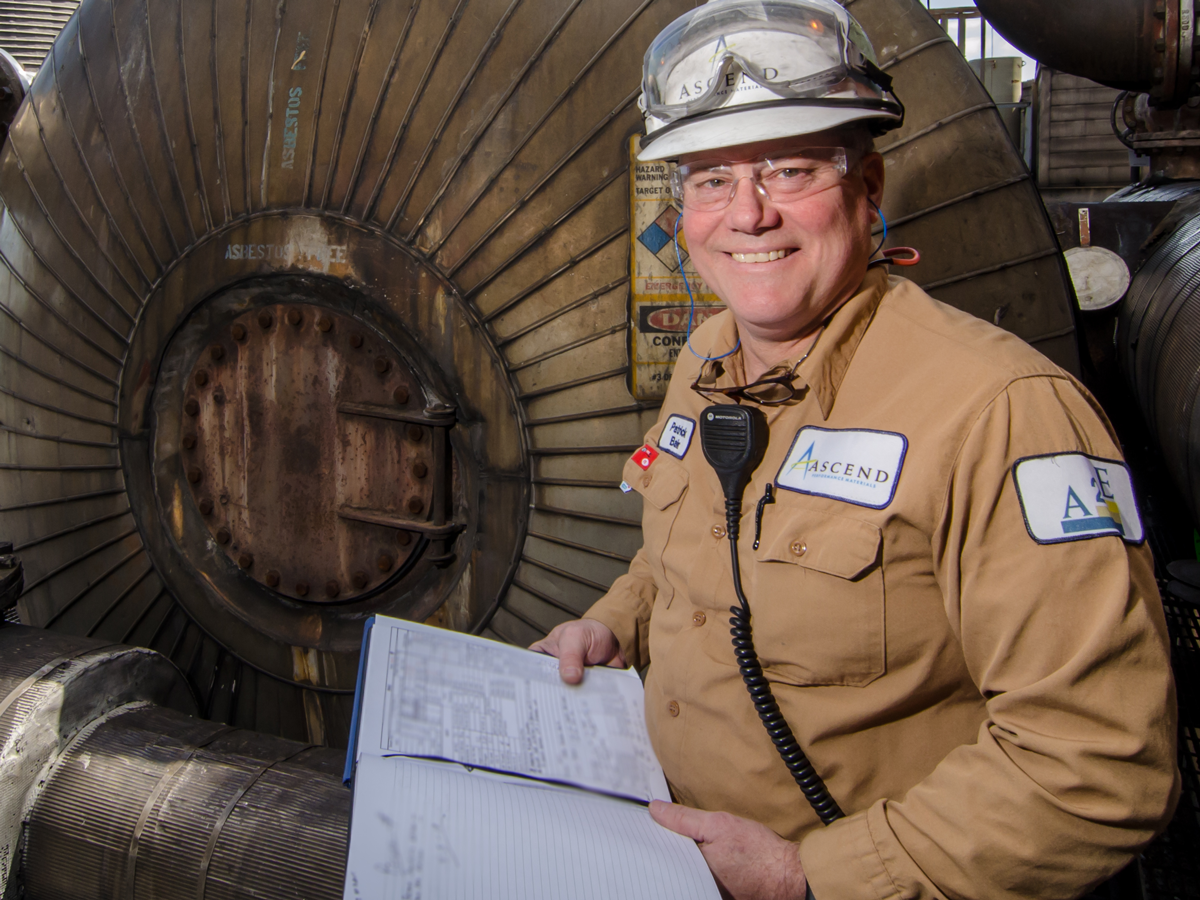 Kaizen is a Japanese term that roughly translates to “continuous improvement.” Our Decatur site uses kaizen to improve processes and workflows throughout the plant. “A kaizen project allows a team to focus solely on the performance of a small, specific area,” said Patrick Bair, a production supervisor in Decatur. Patrick, who has been involved in several kaizen projects, knows the satisfaction that comes from making improvements at the site and has applied the kaizen philosophy to himself.

Before joining Ascend (then Solutia) in June 2006, Patrick served as a master chief petty officer in the U.S. Navy, where he was a steam generation plant inspector. On ships, he inspected propulsion plants, boilers, steam generation units, main engines and turbines. “I came up through the ranks similar to an operator at the plants,” said Patrick. “I started out as an operator and went through a certification process. In any military branch, you test your competency for the next paygrade. With each certification, you gain responsibilities and advance through the ranks.”

After serving 20 years in the Navy, Patrick began looking for his next career. “I felt like I still had a lot to offer,” said Patrick. “I never considered retirement because I felt there were more skills for me to learn.

“When I interviewed for the position at Solutia, the job description fit my work experience in the Navy,” continued Patrick. “The site uses steam generation units similar to the ones I worked on in the Navy. Today, my role is in ensuring the safe operation and environmental compliance of the boiler house utilities area.”

Patrick has been involved in a number of kaizen projects at Decatur. He facilitated a kaizen event called Stop the Leak. “In an area that we refer to as ‘pump alley,’ there were many water and steam leaks that needed to be repaired,” said Patrick. “Over a three-day period, the team identified 33 leaks and fixed 26 of them. We had a 79 percent completion rate for the project.”

The Retain Sample Area kaizen was Patrick’s most recent kaizen. The project was done to improve how we document and store retained samples. “As part of our customer sample process, we take samples from the batch of product. A certificate of analysis goes to the customer and the sample is stored here,” said Patrick. “The customer tests the product to ensure it meets their specifications. If there is an issue, we use the stored or retained sample to verify results.”

For the kaizen, it was calculated that up to 2,000 samples needed to be stored at any given time. Each day numerous samples need to be retained and others need to be discarded. Some samples are required to be held a month and others for up to six months.

Locating retained samples was often a frustrating or tedious experience. As a result, a single location was selected for all retained samples and the team developed a new procedure and created a log.

While Patrick incorporates continuous improvement in his daily work, he also implemented kaizen in his personal life.

Patrick’s focus on improving the company and himself in meaningful ways has helped him earn the respect of his peers. He sets a powerful example of how to tackle challenges, inspiring others to do the same. That’s how Patrick Bair is Inspiring Everyday.