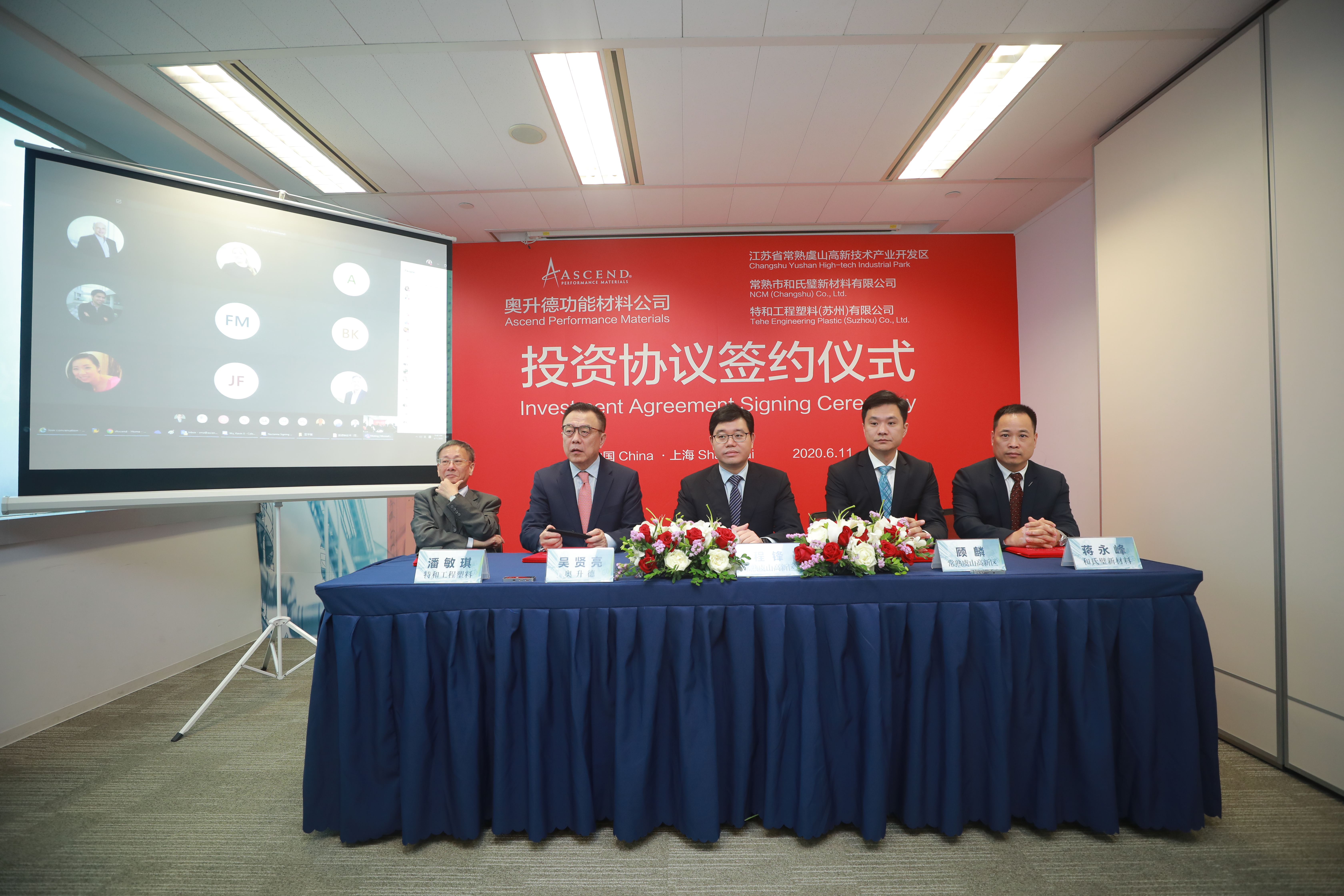 Ascend Performance Materials, the largest fully integrated producer of polyamide 66 resin, announced today it signed an agreement to purchase the assets of NCM (Changshu) Co., Ltd., and Tehe Engineering Plastic (Suzhou) Co., Ltd., located in Changshu Yushan High-tech Industrial Park (known as “The Park”), one of the major advanced manufacturing parks in the eastern coastal area of China, 100 kilometers outside of Shanghai.

The acquisition gives Ascend a flexible footprint for growth in the region. The company’s master plan includes the expansion of compounding assets at the site along with a global research and development center with a focus on existing applications in the automotive, electrical and electronics, and consumer and industrial areas, as well as new ones in areas such as 3D-printing and high-performance films.

Phil McDivitt, Ascend’s president and CEO, said the purchase positions the company to better facilitate supply to customers in Asia and to support future market growth. “Ascend’s long-range plan includes providing world-class service to customers around the globe,” McDivitt said. “The Park, with its proximity to both China’s major automotive industry clusters and to Shanghai, made it an ideal choice for a hub to help us better reach the rapidly emerging markets in Asia.”

Dr. Kevin Wu, senior vice president and managing director for Ascend’s Asia-Pacific operations, said the new facility will help support speed-to-market efforts and localized customer support. “This is an exciting chapter for Ascend in Asia as it provides regional manufacturing and innovation capability to efficiently respond to customer needs and to customize formula solutions for Asian markets,” he said. “We are pleased that we have secured such a good location and we are grateful for the strong support given by officials of The Park and Changshu City.”

Terms of the transaction were not disclosed. The company plans to take final ownership in August.