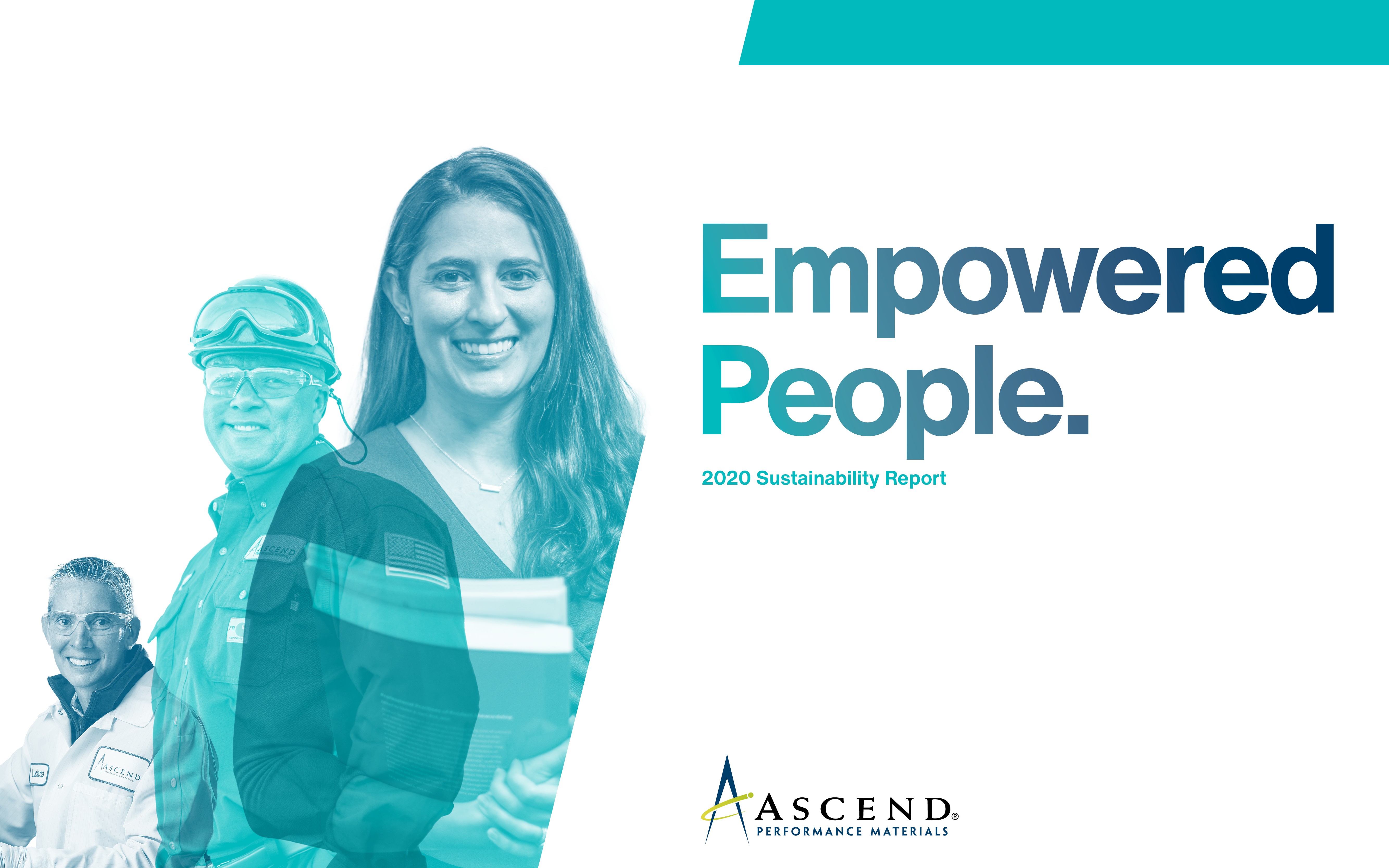 The company, which is the largest fully integrated producer of polyamide 66 resin, announced in the report an aggressive goal of reducing its greenhouse gas emissions by 80% by 2030.

The report, Empowered People, features stories of Ascend employees who raised their hands and advocated for a sustainable initiative, from Rachell Gold’s advocacy for diversity and inclusion to Andy Leigh’s effort to create post-industrial and post-consumer recycled polyamide products.

“In our 2018 report, we said we have a responsibility to lead the industry in sustainability,” said Chris Johnson, Ascend director of sustainability. “Despite the challenges in 2020, people across Ascend played an active role in advancing our efforts.”

In addition to employee-driven success stories, the report details the company’s initiatives and innovations around sustainability.

“Our report highlights the work we are doing to fulfill that commitment,” said Johnson. “Whether it’s the nitrous oxide abatement project in Pensacola, Florida, the solar power purchasing agreement for our plant in Chocolate Bayou, Texas, or the cogeneration units in Decatur, Alabama, we are making considerable investments to reduce our greenhouse gas footprint.”

The report mirrors Ascend’s purpose statement – to create performance materials that improve the quality of life today and inspire a better tomorrow – announced last year, said Phil McDivitt, Ascend’s president and CEO. “Sustainability sits at the heart of our purpose, and it is exciting to see our company mature so quickly in such a vital effort.”