Inspiring Everyday: Branding is about standing out in the marketplace. 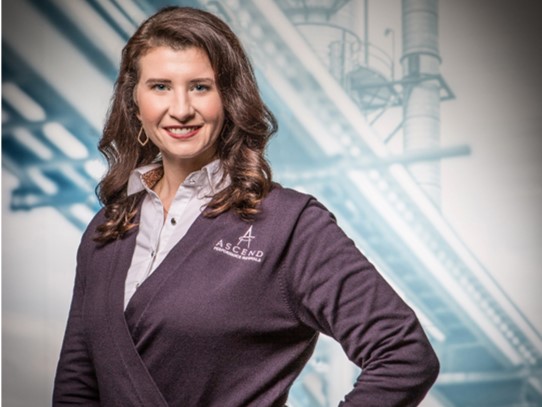 A dynamic company needs a dynamic image. That simple truth has guided Lauren Campbell since she joined Ascend as global marketing communications manager three years ago.

Whether she is designing booths for trade fairs, promoting internal initiatives or creating a brochure, Lauren ensures that Ascend presents the image of an industry leader.
“Branding isn’t about just looking pretty; it’s having a consistent look and feel across every touchpoint,” Lauren said. “It drives where we’re going internally and externally, and how our customers and the industry perceive us.”

Lauren’s ability to create a strategic public image was recently on display at the K Show, the world’s largest trade expo for the plastics industry. More than 3,000 exhibitors from 60 countries attended the October event in Dusseldorf, Germany. 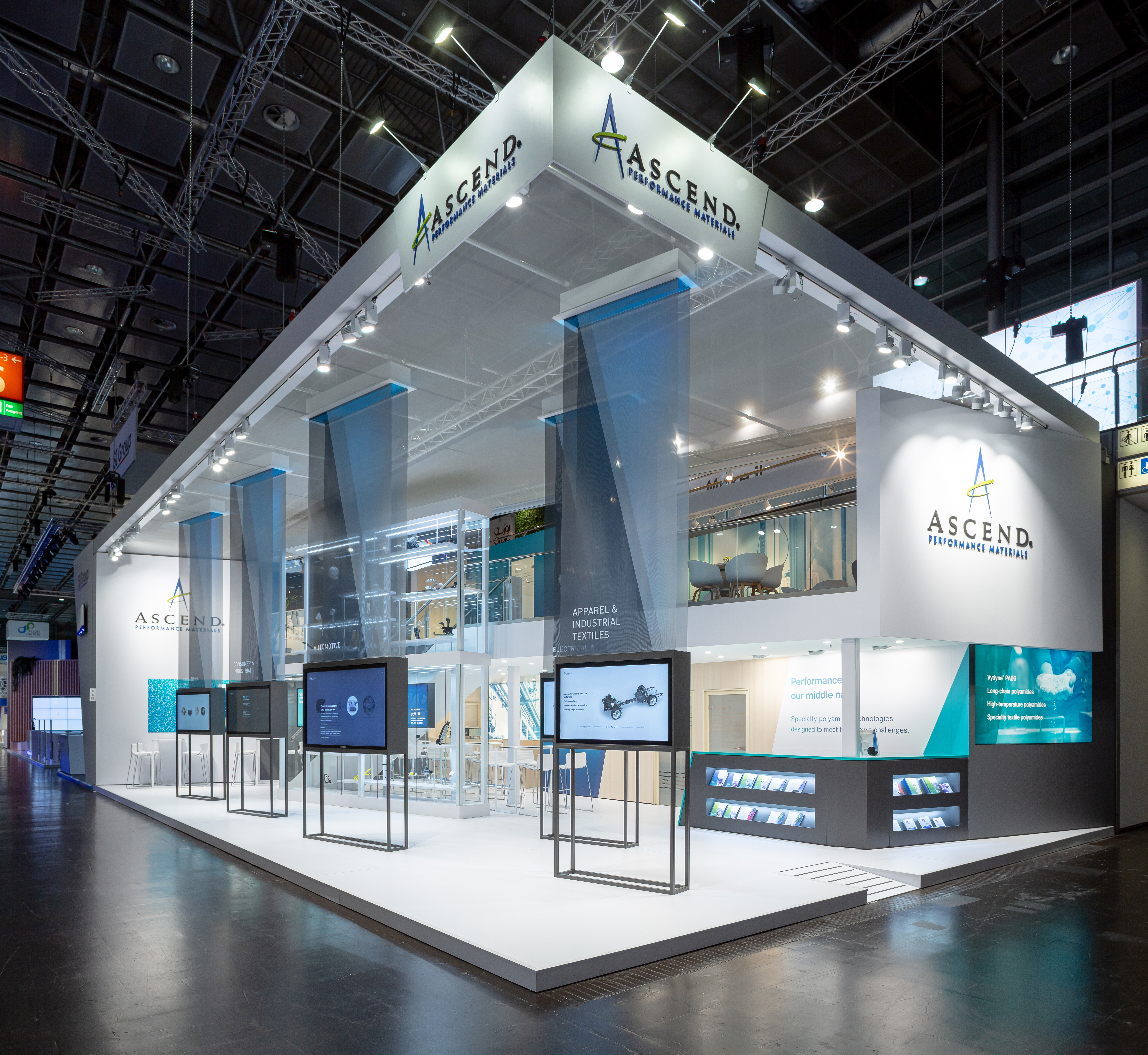 Ian van Duijvenboode Varkevisser, global director of business development, agreed. “I believe the end product was our best yet,” he said about Ascend’s exhibit at K.

He also credited Lauren for working closely with his team, building consensus yet offering  guidance about branding, style and design when Ascend opened the Detroit Automotive Center in November.

“Lauren is highly capable, motivated and supportive,” he said.

That support was evident when Ascend introduced its core values last year. Lauren focused making the values personal and memorable for employees. Her team took photos of employees across the globe exhibiting the values, such as we care, customer-focused and agile.

“You can’t just tell people something one time and expect them to remember it,” Lauren said. “We reinforced the concepts with posters, stickers, PowerPoint presentations all with a similar look.” Lauren has the unique ability of taking the essence of what Ascend is and bringing it to life for our employees, communities and customers.

Lauren says she enjoys her responsibilities at Ascend because she is able to combine her creative abilities with her strategic strengths. She developed a style guide that is now applied to everything from email signatures to billboards. The result? One Ascend, another company value.

“The consistent use of our brand is always really challenging and pushing us to put out better work all the time. We think ‘how are we are going to do this in a way that our customers or employees care and take note of?’ That’s what drives us to be better every day."