In addition, Ascend has been used to produce the world’s best sewing threads for more than 20 years. Together, these high-tech fibers add value to the products people use every day all over the world, whether it’s in their cars, in their homes or even on their feet.

Ascend polymer is used to make low-denier fiber for weaving into parachute fabric as well as heavy-denier fiber for producing narrow-woven fabrics. It is also used to make fiber for printing machine tape and it's used in making "magic tape." Ascend is used in important military applications that demand rugged dependability and it adds value to countless articles found in nearly every home.

Ascend is supplied as medium RV 'wet' chips and can be solid state polymerized by the customer to a level meeting all of the typical technical fiber spinning and product requirements.

ENDUR by Ascend® delivers permanent functionality to your fabric blends. 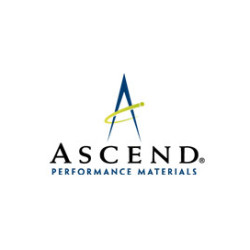 ENDUR by Ascend™ isn't a garment treatment or a coating. It's a fiber, delivering permanent functionality to your fabric blends.