The Ascend Cares Foundation, the 501(c)(3) nonprofit organization of leading materials manufacturer Ascend Performance Materials, announced today the completion of a medical clinic for Kidz Harbor in Liverpool, Texas. Kidz Harbor is a local organization that takes in and cares for hundreds of children each year who have been separated from their families due to abuse and abandonment. 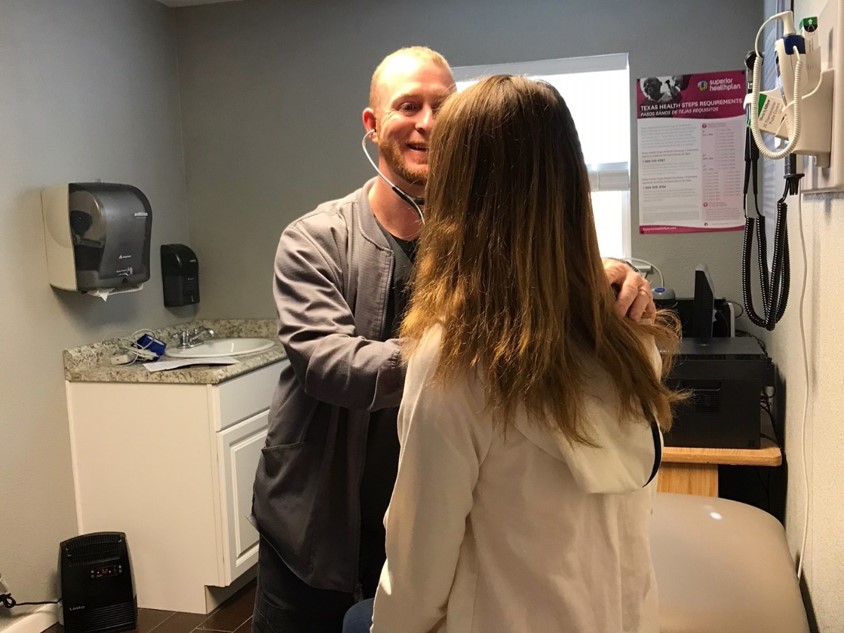 Steve Ricks, a nurse at Kidz Harbor, examines a patient at the new clinic

The project originated in June of last year when volunteers from the Ascend Cares Foundation in partnership with Kidz Harbor identified the need for an onsite medical clinic and improvements to the entertainment areas for the children. Ascend Cares volunteers from Ascend Performance Materials’ Chocolate Bayou site located an unused garage space ideal for the purpose and began construction. Since its completion, more than 120 volunteers have worked on the medical clinic.

“The Ascend Cares Foundation is always looking for ways to make an impact in our local communities,” said Rachell Gold, director of Ascend Cares Foundation. “Volunteers at our Chocolate Bayou site saw this opportunity with Kidz Harbor and knew it had the potential to greatly improve the lives of the organization’s staff and children and got right to work.”

“All children who arrive at Kidz Harbor are required to have a medical exam within 24 hours,” said Sharon Beard, business manager of Kidz Harbor. “This means the child would often miss school to be taken to a doctor’s appointment. By having the clinic on the property, children are able to complete the medical exam with little interruption to their daily schedules. We are incredibly grateful to Ascend Cares and the volunteers who have worked tirelessly to bring this medical clinic to life for the children of Kidz Harbor.”

In addition to the construction of the clinic, the Ascend Cares Foundation purchased medical equipment and furniture to complete the project.

The Ascend Cares Foundation was founded in 2011 and is managed by team members of Ascend Performance Materials. It is financed through a combination of individual contributions and matching company funds.